The photochromic share of lens sales averaged 21% during 2021. To explore how photochromic lens sales change over time and place, we drew from a representative sample of 1,000 ECP locations distributed across the US in the GPN dataset.  As the amount of sunlight available to trigger photochromic darkening varies by time and place, the month and location of purchase was compared to sunlight levels.  Sunlight here is measured as “insolation” – incoming solar radiation in kilojoules of per square meter. Insolation is tracked by NASA and reported by the CDC. Insolation is affected by latitude and daylight hours as well as cloud cover and air pollution. 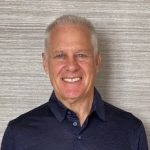 Hear from some of the best business minds in the eye care industry about once a week.